Christian Borys is a journalist turned production company owner who has been published by the likes of the BBC, the CBC, The Guardian, the Washington Post and VICE.

He began writing six years ago creating pieces for small tech publications. When one of his articles was picked up by VICE for the first time, he left his full-time job at Shopify and struck out on his own.

“I didn’t have a formal education so I went overseas and really really worked hard to put my name out there and start racking up some pretty decent bylines with the Guardian and the Washington Post… and video came after that.” 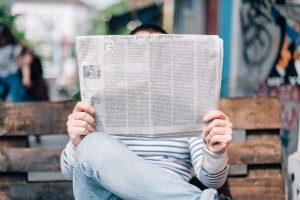 VICE was a huge goal for him, so when it happened it was a real confidence boost.

He began with cold emails and finding contacts and editors by their Twitter handles.

A friend who had formerly worked at VICE told him to keep his pitch emails to three sentences:

After he broke in, he started building up his bylines with the likes of the BBC and the Washington Post and delivering quality work. 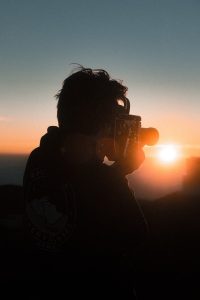 His transition to video happened slowly. He pitched a story to VICE and they asked him to make it into a documentary in Ukraine about Drone Warfare. He didn’t know anything about editing and producing, but they gave him a budget to hire a cameraman and he started capturing the story.

Christian shares how challenging it is to make a living as a freelance journalist and how he had to supplement his living with corporate work to fund his passion projects.

This was part of the inspiration behind creating his firm, Blackhawk Digital, which focuses on creating everything from award-winning documentaries to branded content.

Christian shares how he used to find all of his story leads through Twitter, but now it has become too toxic. He would go down a rabbit hole of articles that were interesting and then start reaching out to people in those articles to see if he could gain more information.

He says that having curiosity is the number one thing, and then you have to vet your ideas and see which ones have mainstream appeal.

Once you’ve chosen an idea, research begins and you have to start understanding who your audience is and who your characters are. What is the angle? What is the next angle if the first angle doesn’t work? He says it’s important that this in-depth research acts as a guideline, because once you begin shooting, you have to keep an open mind and see what the possibilities are in the story you are trying to tell.

It takes a tremendous amount of editing and shaping to make something really good. 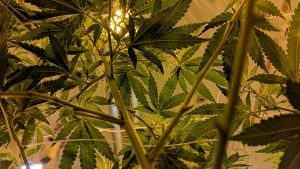 As the first country to legalize cannabis, Canada is on the frontlines of a changing market.

Christian is interested in understanding how this market is going to expand globally and how it will grow over the next year. This is the focus of his current project which is broken into three parts:

He’s interested in how retailers will overcome challenges like strict advertising laws and would love to follow an entrepreneur’s journey as they open a cannabis storefront.

53:41 “Get your ass on Instagram, on Facebook, on LinkedIn and start making videos. Start sharing whatever story it is you want to share because I’ve noticed a lot of people getting a lot of traffic building… their personal brand or their company brand by just doing video – telling the story of how they’re building whatever it is that they’re building and people seem to really like that.”