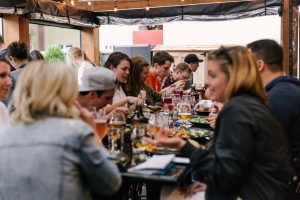 Kevin McHugh had a successful career working in business and sales, eventually moving up the ranks to become a top-level executive. During this time, he was asked to become a moderator for the Young Presidents Organization where he helped guide CEO’s to become more vocal and share more. After being let go from his job, he moved to Ohio for another job, where he was shortly let go again.

He went to a psychologist who told him that he could tell him what was wrong, but it would be more helpful if he worked to find out himself. This kind of introspective perspective led him to get books on consulting from the library, and soon his friend had made print materials for his consulting business. Now, he’s been in the business for 27 years.

“I’m literally making a living, sitting in a circle, with 8-10 people who are in unique positions of power, helping them open up to each other and be more honest with themselves and each other. And that just expanded into the business I have now… they just say, I think you’re a good fit for my group, can you come in and do something similar?”

Why Consulting and Coaching is Important 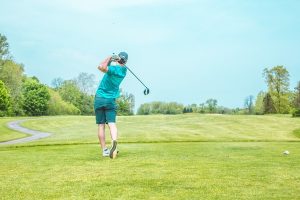 Encounters can be positive, neutral, or negative, depending on your effect on others. Leadership by attraction is something Kevin believes in wholeheartedly. If you think of any clueless bosses you’ve had, you can see how detrimental or how powerful a boss who is self-aware becomes. If you want people attracted to you, you have to know how you are perceived and why people are attracted to you.

“If you want to be effective, you have to be introspective, and that’s where coaching comes in.”

Think about how professional athletes fine-tune their game. This should happen with your professional career too. That is how consulting coaches can help you grow.

Kevin says that when choosing a coach, chemistry is important. Look for referrals, talk to them, see how they handle you, and remember that they should ask you about yourself before they talk about themselves.

Kevin’s Challenge for You

Go onto that calendar and block off two hours for complete silence and stillness. No phone. No apple watch. Nothing from the outside that could distract you. There’s not enough silence in people’s lives and that silence is important for reflection and introspection.