The Jeff Large Podcast
Sara Dunn | Embracing the Risk of Specializing: A Conversation

This episode is a little different than typical episodes. Instead of an interview, two agency owners, Sara Dunn and host Jeff Large, ask each other honest questions about their businesses. Sara is the owner of web development agency 11web and was recently named to Genesis Recommended Developers List. Ketchup is her favorite condiment, and when she was little it would get her to eat everything.

On a more serious note, Sara asked Jeff why he still thinks there are opportunities in podcasting?

Jeff continued that podcasts often fall short because they are not used to their full potential. Many companies, business owners and hosts focus only on the audio. It’s more than just the next, new “shiny object.” If you’re intentional and purposeful, it can be really successful.

For him, NPR and Gimlet Media are some of his favorite podcast producers, because at the end of the day it comes down to great storytelling. Jeff says it doesn’t need to be perfect, but it does need to be polished.

When Jeff flipped the question back on Sara, she shared her journey to discovering her niche.
Wanting to specialize, but unsure where Sara started a video series about her web agency’s discernment process. 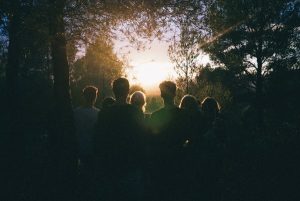 “I actually think the lowest point for me was right at the beginning. The very first video I recorded was in March and that was a time that I had a lot of frustration about where I was as an agency, where we were as a brand, and just feeling so invisible, and so vanilla, and feeling like I wasn’t as good as anyone else at anything.”

Losing a project to a specialized agency was a critical moment in Sara’s realization that she wanted to be an expert.

“To me, at a deep level, it makes sense to be a subject matter expert at something very narrow and be able to grow a tribe around that topic who looks at you as ‘Jeff is the podcast person,’ and ‘Sara is the wedding SEO expert.’”

In their specific niches, Sara and Jeff outline several qualities that helped them make the leap.

Jeff’s focus on being the podcast person is based on several realities he has learned and found to be tried and true. He cites Peter Thiel’s argument in Zero to One: Notes on Startups, or How to Build the Future, that if you’re a specialty European bakery, you’re not just competing with other bakeries. You’re competing with every other place that offers food in the morning. 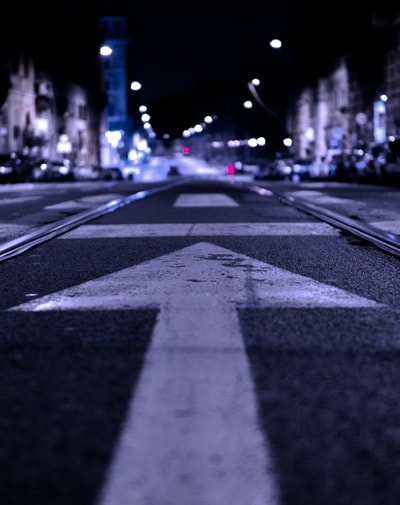 Unlike video, which has an overwhelming amount of competitors from Youtube to Netflix, to social media and books, a podcast’s only real competitors are other podcasts, audiobooks or radio.

Audio is one of the only mediums you can experience while you’re doing something else. Podcasting specifically can be multi-functional. You can use it for marketing and promotion, company education, etc.

For Sara, she found focusing on SEO for wedding professionals was the unique market that she was looking for as her specialty. Her journey to finding it was systematic, but at the end of the day she realized it came down to feeling.

After a friend who was a wedding professional lost business because of shoddy SEO practices, Sara stepped in. She discovered that the creative, independent business owners in the wedding industry, devoted making their clients special day perfect, really resonated with her.

Sara’s situation immediately makes Jeff think of “Outliers: The Story of Success” by Malcolm Gladwell, which details how industry titan’s situations, timing and opportunities dictated who they were. At the end of the day, Sara had this moment presented to her, and she had the gumption to follow it.

Both Sara and Jeff shared common experiences of feeling lost, self-doubt and running into red flags before saying yes to the opportunity and risk of specializing.

“It is so possible to specialize and still feel like you’re not lying to someone about your level of expertise. And I think that’s an important thing to say. Because I did have a point where I thought that I had to know everything about a certain vertical in order to work with them at all. And I just don’t think that’s the case.”

To wrap up, Jeff shared that he learned a lot from his interview with Howard Mann which will be released soon. Howard’s wisdom that we need to give ourselves longer horizons, and then put in checkpoints along the way, is something Jeff looks forward to implementing in 2018.

Sara challenges everyone to think of who you want to work with this year. Which kind of clients and work give you joy, and make that connection happen.