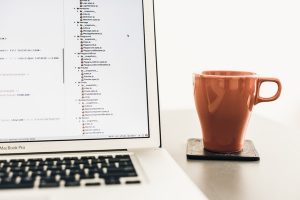 She began working at Starbucks. She had a vision open her own coffee shop, and thought why not learn the ins and outs of how to make coffee and get paid to do it. But soon, she realized she didn’t want to depend on others for success. Not that her team wasn’t great, but she was done trading hours for dollars.

For her birthday, Carrie’s dad signed her up for an annual subscription to Lynda. She started taking classes taught by Morten Rand-Hendriksen which is where her career started rolling as a freelance web developer.

The first phase was beginning to understand WordPress where she assembled a site from existing parts. Next, she began doing a little amount of custom design work, going in and changing the code. Her big realization came after a combination of listening to podcasts and spending time with the right people.

“I’m not just creating websites. I’m not just making websites and getting a check for doing it. I want to actually make a meaningful contribution to someone’s business.”

This is when she knew she wanted to become a consultant.

She attended Pressnomics and WordCamp conferences, where hallway discussions inspired her and she met smart, savvy people who mentored her. This is where she found the challenge she needed and the goals to shoot for. She wanted to be thinking strategically. 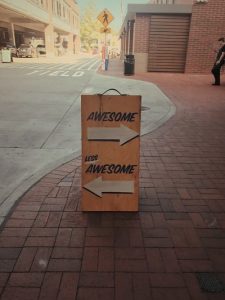 Now, she’s been consulting and educating for 3-4 years. Working for Lynda, she travels to California to record lessons around 3 times a year.

She began blogging tutorials on her website as a way to give back to the community. The WordPress community is very generous with learning, and the positive affirmations and people she is able to help through teaching are strong motivators for her.

As a freelancer, Carrie says you eventually hit a ceiling. You realize you can only work so many hours, and you’ll never increase your income. This dilemma is what brought Carrie to pursue passive income.

Through Lynda, this was possible. But passive income isn’t just no work, all pay. It is an incredible amount of work up front, that eventually pays off.

“I don’t want to be a thought leader or a guru, I don’t care about any of that crap. But the reality is if you want to be findable if you want people to do business with you, you have to have visibility.” 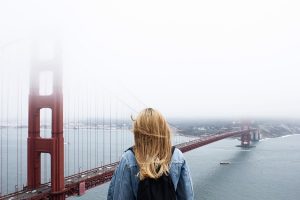 While many people are exploiting the title of thought-leader and expert today with money grabs and hype, Carrie believes true leaders don’t want your money if they aren’t the right people to give you value.

In the WordPress space, there is a buzz around Carrie for her effective, innovative teaching and guidance. She dislikes the thought of there being a “cool kids” or “insiders” club though, and this keeps her motivated to share her knowledge and be authentic.

Creating a Facebook group and connecting with her audience through newsletters has been a fruitful way Carrie has found she can combat the “insiders” club, lead and teach. Building a bridge and creating a two-way street is crucial to the learning process.

With three different brands, Office Hours FM, Carrie Dils and The Fearless Freelancer, Carrie has lots of thoughts and ideas swimming in her head when it comes to housing content.

While she doesn’t have all of the answers, she shares that moving her podcast Office Hours FM to its own site really helped make everything cleaner, despite losing some SEO points.

Her parting challenge for you? Simplify.