Inbound Marketing: Give the People What They Want 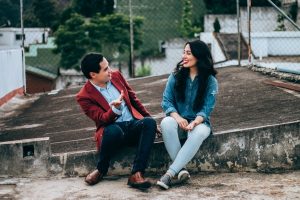 Dan describes inbound marketing as creating content that helps people by giving them the information they are looking for, rather than interrupting the conversation. In today’s noise-packed world, being funny or clever is simply not enough. Blogs, SEO, good websites, social media and videos are all effective avenues of inbound marketing. But podcasts are the new big thing.

In 2008, Twitter sparked Dan’s intuition that it was stories, not just shouting at people through advertising, that were engaging audiences. He left his job as TV Producer at a CBS affiliate to begin working for Amerifirst Home Mortgage. There, he started asking the loan officers and mortgage consultants about what people needed to know. He fell in love with the practice of helping people rather than convincing them.

Where Should You Spend Your Time and Money? 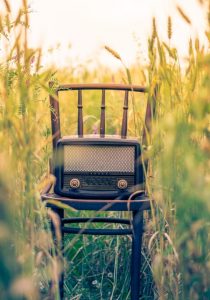 Certain thought leaders argue that it is difficult to measure and control inbound marketing. Dan counters that you should be spending your money on certain targeted audiences, but balancing that with spending your time focused on inbound strategies.

His first year at Amerifirst illustrates this point, as he managed to drive $75 million in closed loans into the bottom line, using the website, social media, videos and inbound strategy. This resulted in 13 months of revenue in 12 months. In an industry that is reliant on spending money on ads, real estate agents and realtors, Dan proved how powerful a website can be when utilizing inbound marketing.

With many different inbound mediums to choose from, Dan says podcasting is the most intimate way to connect to an audience. It is persuasive, mobile, accessible and on demand.

“We’ve been sitting around the radio since the twenties… This audio intimacy is ingrained in us, and it goes back well beyond radio; it goes back to sitting around campfires and telling stories. This conversation is so much more powerful than reading words on a page.”

Dan uses the example of business coach Aaron Walker who was struggling with what to do next for himself in the online world. Through Interview Valet, he started to use podcasting. This led to increased traffic by 5x in the first month, 15x in the first year, and 23x within 18 months. From there, it improved exponentially.

While podcast audiences might be smaller, it does pay off to have such a targeted audience. Quoting Interview Valet Founder Tom Schwab, Dan says:

“There are more fish in the ocean than in a barrel, but where do you want to fish? Where is the best place to go?”

If you have story or a message to share, and the drive and motivation to own your own story, podcasting will pay off. Dan says patience, authenticity, personality, and quality of content are key components of your podcast’s success. You need to understand your audience, tailor your content to what they want to hear, and from there you will build relationships.

“Relationships are the ultimate currency”

Dan says that the story of Aaron, told above, depicts the deep, positive impact podcasting provides. Working with Interview Valet to create a podcast presence grew Aaron’s business enough so that he had time to see his kids.

Dan challenges listeners to read the book “The 12 Week Year,” which he says will help you to identify and take the steps necessary to achieve your goals.