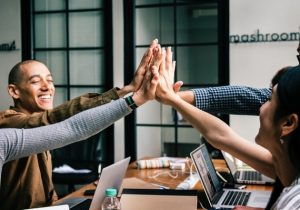 Don Packett is the CEO of Missing Link, a South Africa-based agency that helps people deliver messages that captivate audiences, whether it is in the boardroom, at an event, or a conference.

Missing Link was founded in 1997 by Rich Mulholland. Don joined in 2002, starting out as a freelance videographer.

Don and Rich’s first working relationship began when they published a book together. The book polled mostly South African business leaders about what advice they would give to their 21-year-old self. They were particularly inspired by a quote from one of Hugh MacLeod’s business cartoons.

“I got one one day and it said ‘Ideas are not something you have, ideas are something you do.’ And it stuck with me so well, that we printed it and put it on our door.” 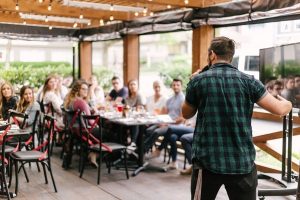 This mindset of growth is what he looks for in his teams, and victory conditions allow everyone to know their role in reaching that goal and what it will take to get there.

Liz Wiseman’s book “Multipliers: How the Best Leaders Make Everyone Smarter” has also helped him shape his own leadership style. He strives to build a culture and strategy within the business that empowers everyone to grow.

“At the beginning when you said author, stand up comic, speaker, that kind of stuff, that all for me fits in a very similar realm of delivering messages.”

In each facet of his work, he finds he is able to learn something valuable that he can take to another facet. He finds this to be invaluable and gives him the ability to learn things in a new way.