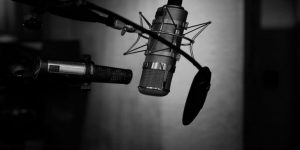 As both a thought leader for entrepreneurs and an entrepreneur himself, Matt Brown’s personal and professional experiences in the digital space have shaped how he believes businesses should be telling their stories: through what he calls the “new media, podcasting.”

Matt blames the media for the false, idealistic version of entrepreneurship where entrepreneurs lives are glorified to the tune of: start a business, sell that business 6 months later for $100 million and then you’ll be sitting on a 100 million yacht in the south of France doing Bolivian cocaine with a bunch of Russian supermodels.

Setting the story straight, Matt says he knew the reality of entrepreneurship to be very different, full of ups and downs, and failure.

Matt credits his father for inspiring the entrepreneurial mindset in him, which he says is one of two things: you’re either filling a gap or solving a problem. Discovering his “why,” led to the what and the how.

For him, the “why” is providing information on the realities of entrepreneurship, being a thought leader, and helping people succeed. After discovering startling statistics on podcast listenership globally, he saw that South Africa’s podcast market was non-existent. Matt figured, why try to compete in the visual world when there was no competition in the podcast niche? 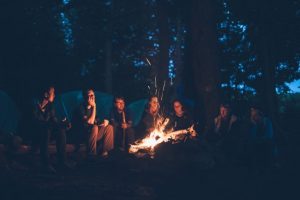 Podcasting presented the best medium for him to really be authentic, to build trust, and to convince the community of entrepreneurs he serves that he has the resources necessary to solve their problems.

Matt believes that in order for entrepreneurs to be successful they must do something different, disrupt the conversation and continually ask, “why?” In our attention deficit economy, people want content on their own terms.

His current study on podcast data proves this, with 95% of people preferring to listen to a podcast over the radio.

“For me, this is all about storytelling. If you think about humans, that’s you and me and everyone else listening right now, we are hardwired for stories.”

The success principles of “Tom’s” shoes proves what Matt sees as the value system of competitive brands in the future: caring, transparency and authenticity.

“We are living in a world with a lot of dishonesty, from photoshop to fake news. The unconscious mindset of the consumer is crying out for authenticity.”

A Story to Tell

Matt says that everyone has a unique story to tell, and those stories are what resonate with consumers. Podcasts provide the platform for brands to build trust, share experiences and in the end, make a difference.