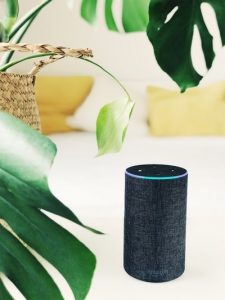 Jeff Smith got his start as a copywriter and moved on to creative director, eventually producing trailers for Disney and nearly every movie studio in Los Angeles.

It wasn’t until one of the TV shows that he was working on needed a website that he realized how valuable it was to be able to create one. He taught himself how, and thus began his quest in marketing and technology. He started out creating websites and mobile apps, which eventually led to today’s Alexa project.

“I truly believe that in 2-3 years, voice, not necessarily Alexa alone, but voice is going to be the most common way we interact with technology.”

At first, they didn’t want Alexa in the house, but after 10 minutes of having it, his wife wanted one in the kitchen so she could use it for recipes and music.

Jeff says the easiest way to do things will always win. Alexa saves him from pulling out his phone every other moment.

What is Alexa Flash Briefing?

It’s like a mini-podcast. It’s about a minute long and allows you to engage your audience.

Everyone who is doing these five things is successful.

Why is this important? 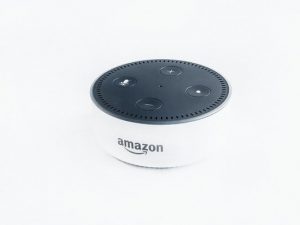 There are 50 million Alexa devices out in homes already and only 6,000 flash briefings. It has grown faster than the iPhone and there is not a lot of competition yet. You can build a big audience fast and they’re easier to convert to your other services from there.

He realized it was important on December 11, 2017, when he put a client’s podcast on Alexa and it was like a rocket ship took off. By the end of January, he had finished up his other jobs in mobile app development, and went all in as the “Alexa Guy.”

Where do we begin?

Jeff’s process helps everyone from authors, entrepreneurs, small businesses, and coaches get set up with Alexa Flash Briefings through an efficient, quick process.

About 5-7 business days from receiving his clients’ stuff, he’s submitting it to Amazon for approval. At this point, his clients don’t need him anymore and they know what to do to keep publishing. However, he is there for them if they need him.

His advice is that you can’t niche too tightly. Go after a very specific audience, stay consistent, and keep asking for reviews.

Get started now. You need to provide value to your audience before you can expect a return on investment.